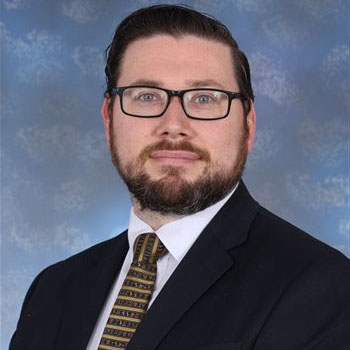 What inspired you to go into teaching?

Teaching runs in the family - my grandfather was Headteacher of a school in London and other members are currently teaching. Whilst I was at university, I always knew I wanted to enter a career where I would actually need to use my degree and teaching seemed an obvious way to do this. Alongside this, I had volunteered to work with children, particularly coaching Sunday League football teams and so knew how fulfilling working with young people could be. In the year following my graduation, I worked in a college in North London which gave me an even deeper insight into the world of education, one that I had not previously experienced, and this deepened my desire to choose teaching as a career.

What attracted you to work at MBS?

I had spent 11 years at my last school and was looking for a new challenge. The idea of joining a relatively new school and being part of helping to build it was a real attraction and an opportunity that so rarely comes along.

What’s the best thing about your job?

Spending everyday working with such talented and committed colleagues and the fantastic young men and women who we teach.

What achievement are you most proud of?

Why should a student choose your subject at A Level?

At the moment I only teach Sociology, but have also taught A-level History. I think both subjects offer terrific challenges to students. They give students the opportunities to demonstrate their ability to write highly complex analytical essays, which prepare them well for university and are skills sought after by employers.

What book or film inspired you the most in your subject?

When I was first saw the film 'Schindler's List', I was inspired to look more deeply into the reasons why such horrific acts were allowed to happen and wanted to understand more about the motivations and pre-conditions that have to exist to explain such behaviours. This is what led me initially into a love for history, particularly in the World War II era and eventually into Sociology where you study what motivates groups and individuals to engage in different types of behaviours.

What words of wisdom would you give your 17-year-old self?

Never settle for the minimum, always strive for more.

Find out more about our courses here