The library preparations stepped up a notch this week with Ms van der Zwan and her team of Junior Librarians cataloguing and covering almost 1000 books.  Thirty two bookcases arrived this week and were assembled on site, drawing many curious glances from our Year 7-11 students. Our first book lent was Going Solo by Roald Dahl to Affan in Year 7. He was delighted to see it in stock; it was one of two in the collection that he had not read.

Despite the library not officially opening until next half term, many students have already visited and borrowed books from our new resource.  Authors such as Jack Kerouac, Donna Tart, Rick Riordan, Robert Louis Stevenson, Stephen King and JK Rowling have been discussed and books recommended. Special thanks to the first two student volunteers Olis and Wasim in Year 9 who have greatly assisted Ms van der Zwan this week, giving their time and efforts generously.

We would like to thank parents and staff who responded to the call for young adult books, many of which are now on the shelves. 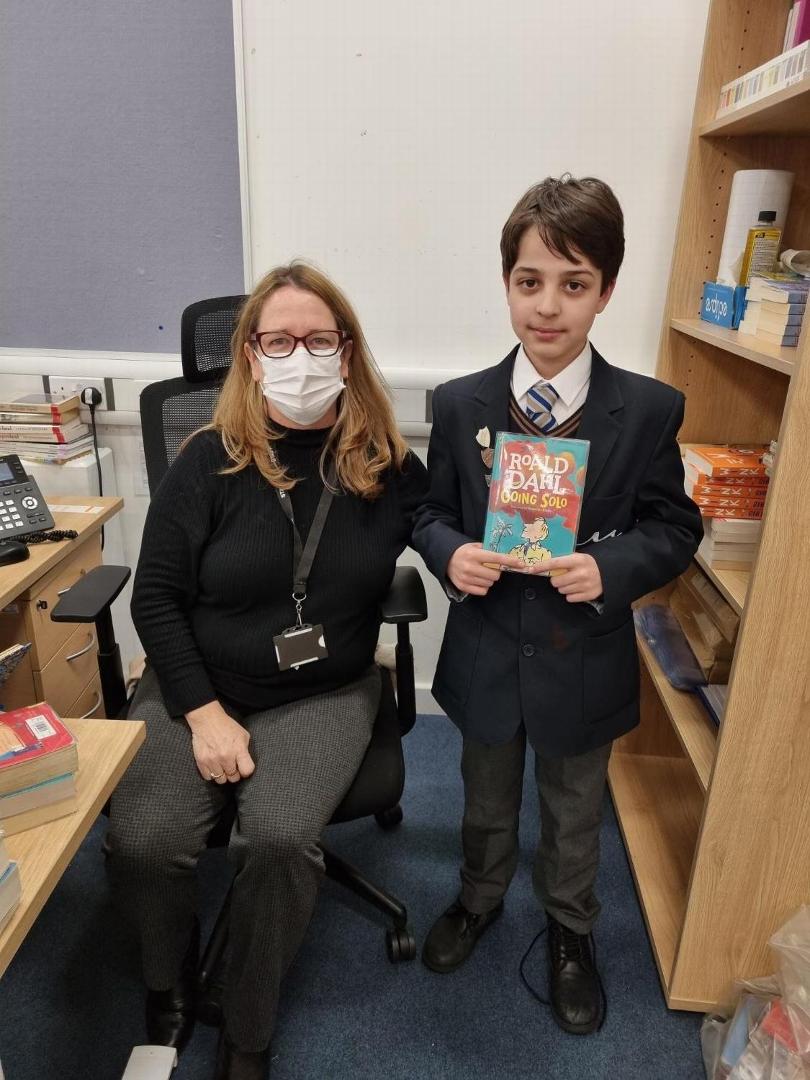